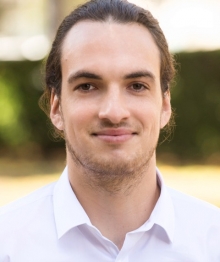 Cris has had a passion for audio and musical instruments ever since he was a young boy.  From guitar to piano and now synthesisers, it’s safe to say his eclectic taste in music and sound is prominent in his life. After completing a Diploma in Audio Engineering from SAE he jumped around in the audio industry before landing a position in the RMK family.  When not on the front line in his agent role, he can be found recording audio in the RMK studio. Cris is a relaxed, genuine character who is always up for a witty joke or anecdote.